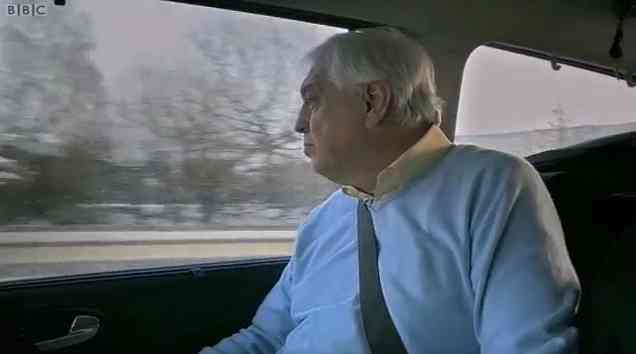 It is not easy to resist the frightening stories of old age that dominate contemporary culture. Even when programme makers set out with good intentions, the results can be rather different. The BBC series, When I Get Older, illustrates the problem. In it, four media figures, themselves in their late sixties, spent time with old people living independently and in residential care. The documentary was part of a season of programmes designed to encourage debate about old age. At one point, Marsha Tuffin, Manager of the care home where John Simpson spent three days, explained her hopes of the film.

‘I think it’s going to be fantastic having a celebrity stay here so they can understand that life doesn’t end coming into a care home.’ [8:03–8:11]

The resulting film was brave and moving. It also respected the genre’s conventions, showing the celebrities being challenged in their attitudes and growing into a wiser understanding of old age. John Simpson was clearly affected by the experience:

‘What I’ve learnt probably most of all today, is how valuable, how worthwhile, it is to work with people with dementia. I suppose, before, I thought­—that’s it, they’re finished, really, as human beings. They’re kind of like sucked oranges, and there’s just the sort of outer signs of what they once were, and so actually, frankly, not much point in doing anything with them. I’ve now come to realise how wrong that is. That person is still there, somewhere, if only you can just find a way of just reaching… reaching through.’ [42.03-43.12]

Even so, he told journalists at the programme launch that he would take his own life rather than face such misery: the headlines were foreseeable. Tony Robinson, another participant in the programme, was reported  on the same occasion as saying:

‘I don’t think it’s too over-dramatic to say that I think care homes, by and large, are prisons that people are sent to as a punishment for being old.’

These narratives sit on discussion of old age like a fat man on a beach towel. They gnaw at the imagination and sap confidence. And yet they are mostly recycled by the young (and middle aged), since it is they who are dominant in the media, politics, academia and the arts—those places where life is measured, analysed and described. Perhaps we should recognise at least that they are shaped more by apprehension than experience.

The experience of old age can be difficult, even terrible. But we do not wait until old age to suffer: war, accident, misfortune and disease can come at any time. What matters is how they are met. Tony Judt, who died of motor neurone disease at the age of 62, wrote two books while paralysed and described himself in The Memory Chalet as lucky.

But the experience of older artists I have met during the past year has little in common with those evoked in the media. They lived very different lives—including some in residential homes— but there was as much creativity, engagement, fulfilment and autonomy as you might find among people in their 40s or their 20s.

The stories we tell articulate our hopes and fears, and without them we would not be human. But they are not neutral. They do not only go one way. They shape our imaginations, consciously and unconsciously. We might be better to open ourselves to the influence of other stories of old age. There is no reason not to believe Cicero. Indeed believing him might help make it so.

So old age, you see, far from being sluggish and feeble, is really very lively, and still busy with the pursuits of earlier years. Some people never stop learning, however old they are.

Writing about art as if people mattered - I’m a community art worker, writer and researcher, with a varied freelance practice. Read about my recent at www.arestlessart.com