In 1729, Jonathan Swift published A Modest Proposal, his brutal satire of English policy in Ireland; in it, he proposed that the ruling classes should solve rural poverty in their nearest colony by eating surplus children. After 300 years, this little pamphlet has lost none of its capacity to shock. Sadly, nor has its attack on the attitudes of governments lost its relevance. 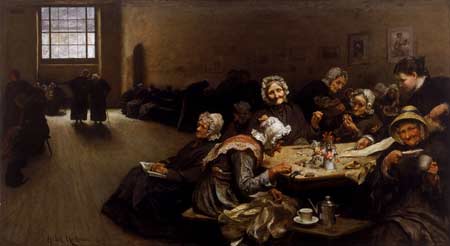 Swift’s satire came to mind when I read of Lord Bichard’s visionary proposal that retired people should ‘earn’ their pensions by providing personal care for those older than themselves. After all, he asked,

‘Are we using all of the incentives at our disposal to encourage older people not just to be a negative burden on the state but be a positive part of society?’

One wonders what a retired civil servant with a pension worth over 20 times the maximum state pension means by ‘a burden on the state’. Perhaps a legislator should know that a pension is a fund saved by people throughout their working lives, not a wage, a benefit or a favour. It might be hoped that a member of a committee on ageing would understand that people who have worked for 40 or 50 years, and who have the illnesses and frailties of their age, are not well suited to providing care for those who cannot look after themselves.

What’s most offensive about this idea, though, is the implication that retired people have nothing more to offer than low paid and undervalued labour. Lord Bichard suggests that:

‘Older people who are not very old could be making a very useful contribution to civil society […] if they were given some incentive or some recognition for doing so.’ (Uncorrected evidence 23 October 2012)

Perhaps he might lead by example and recognise not just the value retired people bring in volunteering, childcare and supporting families but also their knowledge, wisdom and skills.

The old may not contribute through employment (although many do). They may not dig roads, drive trains or clean other people’s toilets (although they have). But their contribution to society is no less great than it was. It is just different. Any anyone who cannot see that has not much to contribute to debates about our ageing society.