‘I had to get out of the country without permission, which means I have to cross my fingers when I get to the airport that nothing happens to me. And when I get to the passport, the customs agent that was there was a friend of my brother and played music too, and he froze when he saw me. He said ‘What are you doing?’ I said ‘I gotta leave.’ He said ‘OK, I’m not stamping your passport; I’m gonna turn my back and you leave, just rush to the plane’. And we leave around midnight from Benin and arrive in France at six o’clock in the morning. So I took that flight and I sat in that plane holding my handbag, praying that no military people walk into this plane to get me out. I was shaking. I was frozen.’

Listening to Angélique Kidjo’s wonderful interview, I heard so many echoes of the artists whose stories appear in Bread and Salt: the growing impossibility of staying at home, the risks of leaving and the hostility on arrival. The courage, resilience and hopefulness of the human spirit is extraordinary. 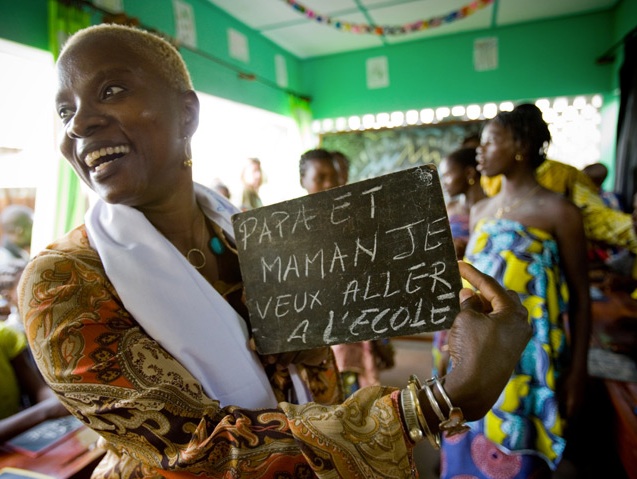 Now living in New York, Kidjo has made a unique career as an African artist on the world stage. Her music slips gleefully past cultural borders to knit styles and sounds from many cultures: she sings in Fon, Yorubá, French and English. Her Batonga Foundation is helping educate thousands of girls in Benin, Ethiopia, Cameroon, Sierra Leone and Mali. But it is the joy in her voice that is so impressive, so infectious.

And there’s equal joy in Chimamanda Ngozi Adichie ’s new novel, Americanah, alongside some powerful writing about race and relations between Nigeria, Britain and the United States. This has been widely and rightly praised: it’s a great story that does exactly what Adichie called for in her Commonwealth Lecture:

With artists like Angélique Kidjo, Chimamanda Ngozi Adichie and many others, Africa’s diverse people and cultures are telling their own stories on their own terms. Globalisation has many dangers, but when it provides new platforms for those stories to be heard, some of those may be reduced if we remember our common and equal humanity.