‘Hope today is a contraband passed from hand to hand and from story to story.’

Bread and Salt tells the stories of 18 European artists who were born in other parts of the world. Those people have nothing in common except the practice of art and the experience of migration.

They are men and women, aged between under 30 to over 70. They came to Europe from Latin America, Africa, the Middle East, India and East Asia, from cities, islands and deserts. They live today in the Netherlands, France, Belgium, Denmark and the UK. They arrived as long ago as 1963 and as recently as 2005. They came as students, refugees and adventurers. They are musicians, sculptors, writers, actors, designers, photographers and more. 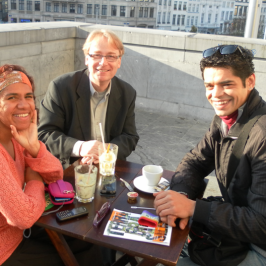 Isabel – ‘I feel I have a place as an active citizen responsible for changing my own reality. It’s as if I have a mission and I’m fulfilling my mission here. So I no longer feel like someone who is here to rehearse all the things the system expects of immigrants. I’ve done that by showing what I could already do, not by leaving it to one side like unnecessary baggage.’ Cleverson – ‘I feel nurtured by this atmosphere that’s conducive to art, joy and the freedom to create. I can fulfil my artistic knowledge without fear of judgment or rejection, diving into the pleasures of living together that nourish my roots and strengthen my wings.’

‘Actually, the first months I just wanted to go back. But I was 29 so I made this crucial decision to prove this was not an emotional move. I really wanted to do something with my life, so I chose to stay and try to prove the decision I made was right.’

‘I don’t want enemies; I want friends. But I think the big thing is ignorance—as human beings we make our own problems with ignorance: my biggest enemy is myself.’

‘Whenever I perform Dutch people will see a Moroccan first. Once I start acting, people gradually see me as a character, because the problems I’m facing could also be those of a Dutch person. Then they see me as a human being, not as a Moroccan.’

‘When I’m in Palestine, I find myself thinking—if this had never happened in 1948 and my parents still lived there, I would have been a citizen like all the others; maybe a photographer or whatever. But that would never be as exciting as my life now.’ 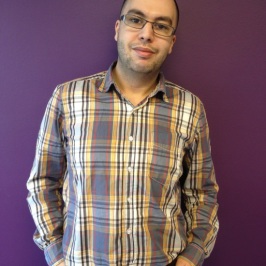 ‘Eddie Murphy, Richard Pryor and Chris Rock—They were a mirror reflecting to their own people, the black community in America. That’s what I liked about it, and I wanted to translate the American comedy to the situation here, because we are the African Americans of Holland.’ 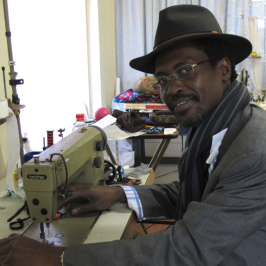 ‘When I became a refugee, I was alone. I was in another country and I didn’t even know where my parents were. I was alone in a small room I rented.’

‘I was trying to find connections, and I was told to go to a cultural centre the Red Cross had at the time. I met a lot of people. It was a beautiful place. It was my university, this cultural house, a really very good place.’

‘I think a writer as a person can be an émigré, but not his writing. I imagine myself to be world citizen but I wonder sometimes: can I be truly a global citizen who lives by universal values, while everyday global reality keeps reminding me of my own lines, in The Cartographer, “As geography changes its borders, fear is my sole companion”.’

‘This is a new generation that’s coming up. They see us as one of them, that we’re sharing our art, we can all grow together. We can have a good time with that, take it where we want to go. We can be creative and they can learn from us and we can learn from them.’ 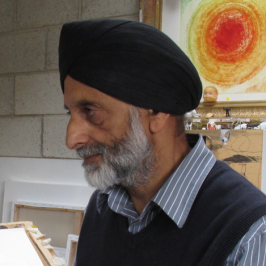 ‘You could feel the pressure but it didn’t affect me mentally, because I am too strong. I never felt I needed to produce work that basically looks Indian. I never felt that.’

‘I want the book to be read by women who are in the same situation I was in; I want to show them that if you take steps, freedom will come; even if you have problems.’ 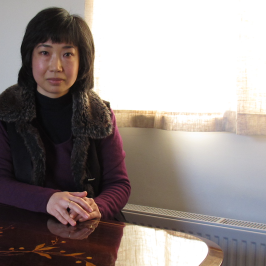 ‘After the war we just absorbed Western culture and made it ours. We tended to admire all the Western things: blond hair and blue eyes—very, very beautiful.’ 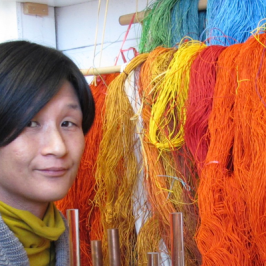 ‘I wanted to be different. I think that’s why I was really trying too hard. But since I’ve been settled here, I feel freer, because I don’t need to be very different. People see I am different anyway.’

They have nothing in common, except the experience of moving from one home, one state, one culture, to Europe, where they have made new homes, art, families and reputations. They have overcome violence and detention, isolation and fear, poverty and hostility. They have remade their lives in courage, rewritten their stories in hope.

They have nothing in common, except their humanity—the common rights and particular gifts that makes each person, each citizen of the European Union, each human being equal before Law and God, whatever we take them to be.

Bread and Salt is an essay. Its methods are literary and artistic; its resources are listening and seeing, reading and thinking. It advances no thesis; it proposes no solutions.

Instead, it sets the irreducible particularity of actual lives against the self-serving simplifications now proliferating in the European public space. Demagogues of every stripe are busy shooting electricity through the butchered corpse of ideologies that some had hoped permanently buried after 1945. Monsters are twitching.

Whatever challenges Europeans now face—and they are many and serious—hatred, fear and blame will never help us come through.

Bread and Salt will be published in Utrecht on 21 June 2013 and will be available to download from this site from that date. English and Dutch editions will also be available from Vrede van Utrecht.