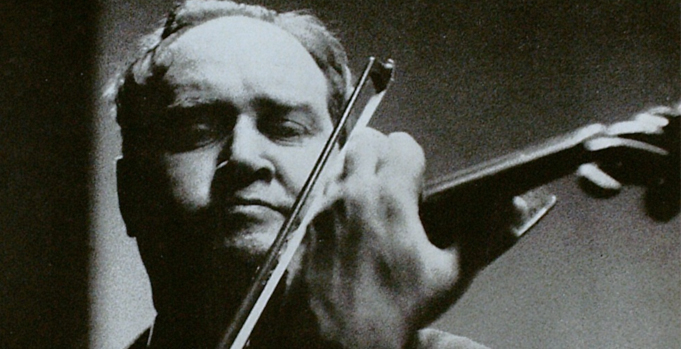 Do you remember the first time you heard the true sound of your voice? Not the familiar sound inside your head, but what you actually sound like to other people. If you’re under 30, the answer is probably no, because technology has become so ubiquitous that some loving parent probably videoed your third birthday. But when I was young, sound recording was only just coming within reach of ordinary people. I remember my first sight of a reel-to-reel deck, soon replaced by neat little cassette tapes. And I remember the first time I heard my voice as others hear it.

It was horrible. Not because it is, objectively speaking, a specially irritating voice, but simply because it wasn’t what I believed I sounded like. And if you can’t know what you sound like to other people, what can you know about yourself in the world, in relations to others?

That problem is hugely amplified (pun intended) if you are a musician. Most musical instruments require such close physical contact that they resonate in and through the body. A violinist, drummer or flautist feels their performance in their bones, lungs and body cavities. That’s one reason why Evelyn Glennie can be, as a deaf person, one of the world’s leading percussionists. Unlike dancers, who train in front of wall mirrors, musicians simply could not know what their playing sounded like to others before the invention of sound recording. They could hear what other musicians sounded like, of course—but how does that help you know how you are performing in comparison?

Recording technology and the ability to make music with digital technology are, between them, rewriting some of those rules. It is now possible to hear oneself play (though not easily as one is playing) and to make music with no more physical contact than fingertips on a computer keyboard. But for most musicians, what they hear inside during those daily hours of practice and in performance, is different to what others hear as they play.

I love music. It is one of the great companions of my life: rock, blues, reggae, folk and, in the past 15 years or so, classical, especially chamber music. There are genres I can’t easily appreciate (lounge jazz, Wagner and some hip-hop spring to mind) but I love hearing something new, open to making a discovery.

Over the years, I’ve become aware that my relationship with music is different to that of the musicians I know. They understand it from the inside. They feel it in their bones. To them, the difference between F# and B minor is meaningful. They understand—if they’ve had the training—sonata form. To me, these are terms like transistor, diode or valve: I’ve heard them, I know what they relate to, but no more. As a writer, my technical concepts are different (and probably equally obscure to a musician or an engineer).

And that recognition has led me to wonder about something else: what if, without realizing it, musicians and non-musicians actually understand music itself quite differently?

It is obvious that having a musical intelligence gives a person a particular relationship to music, one that is not available to someone like me. I understand that: it’s always easier to recognize the abilities one doesn’t possess than those one does. So what if those who have always swum in the water of music don’t understand what it’s like to be a land creature? Can a fish imagine how a hippo relates to water? (I know, I’m stretching this metaphor to breaking point.)

From My Life – a new Regular Marvel

I’ve been puzzling about these things for years, and now I have an opportunity to think about them in a more structured way—and crucially, to work with people on both sides of that divide to explore our varied experiences of music.

‘From My Life’ is the next project in the Regular Marvels series. It’s named after a string quartet by the Czech composer, Bedřich Smetana. It was written after Smetana had lost his hearing: it is, therefore, one of those miraculous internal creations that was never heard by its composer in the way I have heard it. The quartet is also a meditation on Smetana’s life, a programmatic work whose music is intended to tell a story. But how do you tell a story without words? (That’s a writer’s question, of course, not a musician’s.)

The work thus symbolizes all the differences between a musician and a non-musician that intrigue me. How do we each respond to this creation, from either side of the shore between land and water?

This new Regular Marvel will be a partnership with the wonderful Ligeti Quartet, who will work with me to commission new short works from composers around the ideas sketched out here. At the same time, we’ll work with Woodend Music Society, in Banchory, to explore how people who enjoy music as listeners feel about it. The work will come together in a special concert at which the new compositions will be premièred. That will allow for further discussions and reflection, and the whole project, as usual, will be documented here as it goes along and in a book, with a  concert recording included.

It is the most ambitious Regular Marvel to date, in all sorts of ways, and there’s a long way to go. The first task is to raise funds for all the artists involved, and to begin the process of commissioning new works. It’s daunting, but hugely exciting.