The sky was all you could see from the music room’s high windows. Blue, grey, white, opalescent—variations on a theme. The teacher didn’t talk about colouration, though. His instruction was more basic, and I wasn’t introduced to synaesthesia until I read Rimbaud, Huysmans and Boris Vian ten years later. No, for now, his mission was simply to get us to recognise the instruments of the orchestra and the sounds they make. It was just another opportunity to acquire some cultural capital in primary school.

Long-playing records, still a rather new and valuable technology, were treated in class as ritual objects. They’d be allowed to slip from the paper sleeves that protected them in their cardboard covers. There was a special way of holding them, with one finger in the central hole and a thumb at the edge, slightly sharp where the vinyl had been moulded. After a wipe with the anti-static cloth, they’d be placed delicately on the turntable and the stylus was carefully lowered into the spinning grooves.

The expectant silence would fill with electric crackle, quieten as the needle went home and then—ta-ta-ta-ta-dah!—the first notes of  The Young Person’s Guide to the Orchestra or Peter and the Wolf.

It was better than maths.

In the 1950s and 1960s, the BBC’s Third Programme was a route to cultural capital for many British youngsters. I know people with distinguished careers in the arts who still speak with feeling of how the radio opened windows onto worlds unknown in their subtopian bedrooms. And there was much to admire in its Leavisite, Arnoldian ideal of bringing ‘the best which has been thought and said’ within reach of all—though also much to question.

By the time I wanted to learn about classical music, many post-war certainties had gone (including, I fear, the state’s commitment to democratic meritocracy). ‘The Third’ had become Radio 3, competing with entertainments undreamt of in the Fifties. Still, the BBC’s commitment to its founding ideals of informing and educating, as well as entertaining, remains extraordinarily intact. Radio 3’s tone and accessibility may be different from its sometimes-idealised predecessor but it remains a wonderful and free resource to anyone who wants to learn about classical music and the high points of European culture generally.

Nowhere is that more evident than in programmes like Composer of the Week or CD Review, whose knowledgeable presenters offer authoritative music lessons for grown ups.

This morning, the writer Jessica Duchen considered the relative merits of different recordings of Chopin’s Ballades—four innovative works for solo piano composed between 1835 and 1842. She elegantly negotiated the challenge of describing the narrative aspects of music that has no words but which is said to have been inspired by the poems of Adam Mickiewicz, even if no one can agree which ones. And she explained with great sensitivity what she admired and found less successful in a range of recordings.

She spoke of atmosphere, of story structure and drama; of gorgeously translucent, delicate, almost sepia-hued tones; of an astute long line feel for structure and pace, sharp edges and phrasing that sings but also speaks; and a great deal more besides, illustrating her points with extracts from performances recorded over more than 80 years. It was a masterclass in musical explication, and as I listened, I had the habitual illusion of understanding what was being said.

But, of course, I didn’t—or at least not beyond a vague, non-communicable and instantly forgotten impression.

The paradox is this. In order to describe what is happening in a piece of music and why, you have to understand it first. If you do understand it—at the sophisticated level required to speak on Radio 3 or teach music to schoolchildren—how can you understand what it sounds like to those, like me, who just don’t? Not knowing what it’s like not to understand, those who do tend to rely either on technical terms, such as ‘an extra octave doubling below the trills’ or on metaphors, such as a ‘skittish account that seems to run away with him at times’. Neither is very helpful to me.

There is another paradox, too, one that may have some bearing on the relationship between classical music and the great majority of people today. It is this.

The effort to explain what Tessa Jowell once called ‘complex culture’, as exemplified in broadcasts such as Building a Library, implicitly divides the world into those who know and those who don’t—those who, in Pierre Bourdieu’s terms, hold cultural capital and those who don’t. In trying, with the noblest intentions, to overcome an inequality of knowledge and power, music educators risk reinforcing that very inequality. Like shamans or priests, they can seem to hold special knowledge to which they are willing to induct those who show commitment, aptitude and loyalty. But the bar of understanding is such that many will fail to get over it.

To some extent, that is true of all human knowledge and, despite centuries of radical experimentation, formal education remains structured by the division between those who know and those who want to know. But my science and maths lessons were not like my music lessons. I didn’t find the subjects easy, but I believed that effort was all that was necessary to acquire them. When my music teacher told me I couldn’t be in the choir because I sang flat, I learned that the failure was essential to my being, like being long-sighted.

How many people learn young that classical music is not just something that takes effort to understand but also that it demands something—an aptitude, a sensitivity, a social background—that they don’t have and cannot acquire? How many, lacking the type of intelligence that makes music’s language feel like home, simply come to believe that the classical music world has nothing for them and no interest in them, except on its own terms? And how many who do possess a music intelligence, like Radio 3 presenters, understand how the rest of us respond to music?

Can you hear me now?

There is a long-standing joke that the British abroad try to communicate with those who speak other languages by speaking s l o w l y and LOUDLY. The joke, in so far as it’s funny at all, is that they don’t understand the disdain with which the perfectly intelligent citizens of other lands regard their well-meaning condescension. It sometimes feels like an accurate image of the problems of communication that exist between those for whom music is a mother tongue, and those who have acquired it, more or less proficiently, in the classroom. 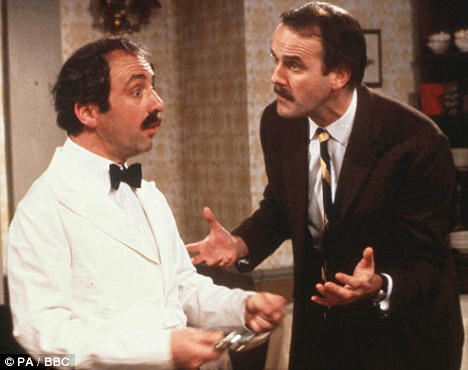