‘What is this shit?’

The opening words of Greil Marcus’ 1970 review of Bob Dylan’s Self Portrait have become a meme: the only thing that many people know about the record, if they know anything at all. It was certainly a startling way to open an account of the latest album produced by one of the age’s most influential artists. But Marcus is a great writer on American music and culture and it is unfair that his complex and clever 7,500 essay on Self Portrait should have been reduced to this.

That the album merited at 7,500 word review in a national magazine is itself part of the point. In 1970 rock music mattered in a way that it just doesn’t today. It was the frontier territory in which Western society was reimagining itself. Each new record was a despatch from the front, and Bob Dylan was for many the most interesting, Insightful, and important correspondent. Self Portrait’s seemingly careless gathering of syrupy country standards, covers of lesser artists’ songs, instrumentals, and concert tapes stood in the sharpest contrast to the electrifying music Dylan had made during the 1960s. Hence the question raised by Marcus’s friend, and reported in the review:

‘Were we really that impressionable back in ’65, ’66? Was it that the stuff really wasn’t that good, that this is just as good? Was it some sort of accident in time that made those other records so powerful, or what?’

Although the record sold quite well, for many of Dylan’s admirers it marked the start of a period during which it was hard not to hope too much and then feel guiltily disappointed by each new record. Actually, Dylan’s pursuit of his vision has often disconcerted fans who had invested in the idea of him as a particular kind of artist, and his records sometimes sound better to people after a passage of time.

In August 2014, Bob Dylan released volume 10 in the Bootleg Series of archival recordings. Entitled, in a gesture some reviewers found almost provocative, Another Self Portrait, it offered 35 previously unheard recordings of songs that appeared in very different style on Self Portrait and the following album. The often-sparse arrangements create a very different impression, both of the music, and of the artist’s intentions. The reviews have been as consistent as those of 1970, but completely different. They have been brief, because a saturated cultural press now sees even a few hundred words as generous, but they have been universally positive. Uncut and Mojo both picked the record as their reissue of the year, and accolades which clearly pleased Bob Dylan’s people, who added the articles to his official website. 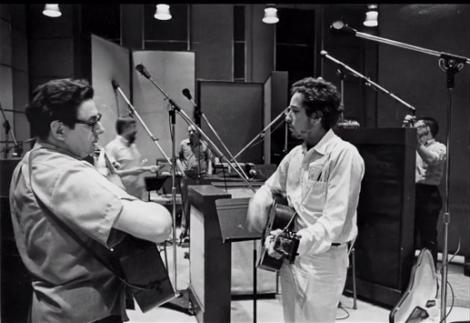 So why the change? Of course, the new music is different, its acoustic settings both in tune with the fashion for ‘Americana’—itself part of the rehabilitation of country music since 1970, when its redneck, conservative image seemed to many just what the counter culture was against—and with the folksinger authenticity of Dylan’s earliest records. But the key difference is not musical but contextual.

Self Portrait mattered in 1970. It was a field report, a bearing, in relation to which many people, Including other musicians, sought to position themselves. Rock music was not entertainment like the commercialised corporate product of the pop world.

In a characteristically self-referential move, Dylan’s office invited Greil Marcus to contribute an essay to the ‘deluxe’ edition of the new album package. It’s short and not especially interesting, compared to the 1970 review, but it maintains the baby boomer’s belief in the seer’s authenticity of vision,

‘The voice is so clear, so convincing, so plainly the voice of someone who has weighed life choices and made his, that it shames your own compromises.’

But in today’s eclectic, postmodern world, where values are more often worn as fashion statements that as guides to action, rock music has become little more than a decoration for most people. Indeed, for the generation of baby boomers whose sensibility it shaped, the work of archival conservation and repackaging in ever more luxurious formats have reduced rock to an exploitable form of heritage fast becoming the responsibility of the National Trust. 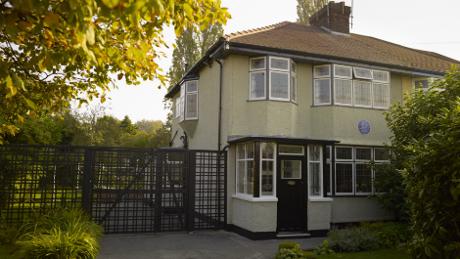 That so many of the reviews of Another Self-Portrait—and his own 2014 essay—referenced  Greil Marcus’ puzzled question of all those years ago underlines the distance we have come. Another Self-Portrait exists not just in relation to its predecessor, but to the writing and rewriting of the shocked reaction it first provoked.

This process is an inevitable part of the evolution of culture. The shock created by a new artistic statement fades and mutates into the story of the shock. Experiences become memories, memories become narratives, and before long we are remembering the memory not the event.

Stravinsky’s The Rite of Spring is famous because it did shock, not because it can shock. Daniel Auber’s opera, La muette de Portici, was powerful enough in 1830 to trigger the revolution that brought about the Belgian state; it is rarely performed or recorded today, and the idea that doing so might cause even a murmur is absurd. But we remember that it did.

Like all art, music’s meaning is only partly inscribed in the score. Its reception changes everyone’s understanding of a work (including the composer’s own) and its story becomes, in part, the story of its story.