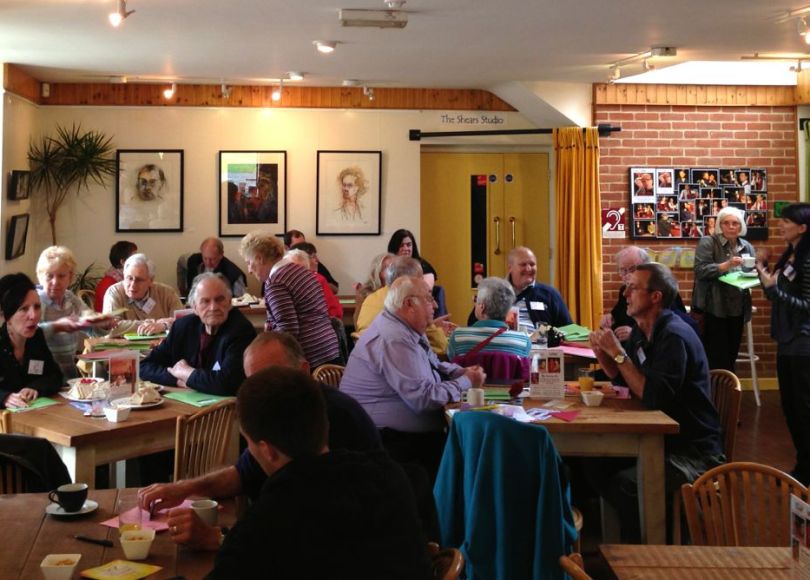 Yesterday afternoon, I met three people who promote the arts at Hindolveston Village Hall, in Norfolk. They mentioned, in passing, that 65 people had come to watch a satellite broadcast of Matthew Bourne’s Swan Lake on Easter Sunday. They would, I sensed, have liked a few more in the audience, but I was so impressed that over 10% of the residents had chosen to spend their bank holiday afternoon watching classical ballet.

Rural touring is full of surprises. What doesn’t surprise me, ten years after I first researched the schemes that bring professional live art to rural communities across the UK, is that the promoters so often underestimate their achievement. They worry about those they don’t reach—typically teenagers and young families — and sometimes don’t see just how much they do achieve, not just in bringing first-rate arts experiences to rural residents but also, in doing so, strengthening the social bonds that make a community of a village.

We met at the lovely volunteer-run Westacre Theatre, which combines great art with great hospitality in a way professional venues don’t always achieve. The occasion was Creative Arts East’s annual showcase at which village hall promoters get to see extracts from some of the shows on offer over the coming months. This time, the artists were Scary Little Girls, Norwich Puppet Theatre, the Keeper’s Daughter, Something Happened, Badapple Theatre, Gavin Robertson, Stuff of Dreams and the Gramophones – as rich and varied a range of small scale touring work as might be imagined. The only disappointment was being caught up in a story that ended after 10 minutes to make way for the next performers. But that’s theatre: keep ‘em wanting more…

Rosie and I had gone to begin the next phase of A Wider Horizon. Over the summer, I’ll be spending more time in Norfolk and Suffolk, meeting promoters, audience members and other local people to explore the place of the arts today and in the past. At the same time, Rosie will be looking to catch some of that in her drawing; she’ll be going to sketch Stuff of Dreams’s play about the Burston Strike School shortly. There is a wonderfully rich story to be told here, about continuity, change and how the artistic life of a place reflects its concerns over time. If you’re involved with Creative Arts East’s rural touring programme and we’ve not yet spoken, so get in touch with Karen Kidman to see how we can include your experience in the project.

Oh, and if you’re anywhere near Hindolveston (or Thornham or Tittleshall) on Thursday 1 May, you can enjoy the National Theatre’s King Lear live, by satellite, for £12. Thank goodness for rural promoters.